Since the announcement of Benedict XVI of his resignation as Supreme Pontiff, I have been very busy in my demanding full-time job, even though I have a lot to say (and write). As soon as I learned about the resignation, I immediately booked my air ticket to the eternal city. I have been in Rome for a week now, eager to visit many places, but have been non-stop all day and feeling very exhausted in the evening. Nevertheless I'll try to update the blog as much as possible. 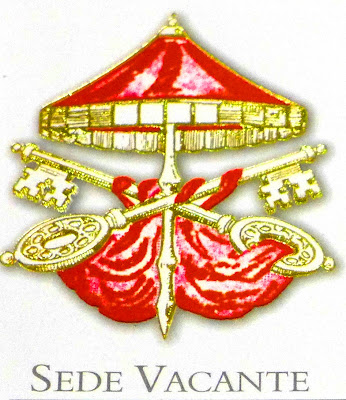 There has been some confusion as to the scheme of the balloting when the conclave is prolonged. Universi Dominici gregis 74 specifies that "in the event that the Cardinal electors find it difficult to agree on the person to be elected, after balloting has been carreid out for three days in the form described above without result, voting is to be suspended for a maximum of one day in order to allow a pause for prayer…"

When Fr. Federico Lombardi clarified that this day of reflection (if no pope has been elected) would be carried out on Saturday, many people were surprised. The "three days" of balloting do not include Tuesday, the first day of the conclave, even though there is one ballot on that day. This has always been clarified in the handbook Sede Apostolica Vacante, published by the Office for the Liturgical Celebrations of the Supreme Pontiff (2005). Since not many people have access to this Italian book, I'll reproduce the scheme of the balloting:


From the new motu proprio Normas nonnullas, if the 34 votes do not result in an election, one day shall be dedicated to prayer, reflection and dialogue. In the next balloting only the two names which received the greatest number of votes in the previous scrutiny will be voted upon, and the two cannot vote. This takes place until the two-thirds majority is reached.

What happens if this still results in a stalemate? Canon lawyers suggest that the cardinals can decide to throw away these two names, and have another open balloting again, and later again resort to restriction to two names if necessary.

From recent history, conclaves have been relatively short. Since 1846, the conclaves have never lasted longer than 5 days. I expect this time the new Supreme Pontiff will be elected in 5 votes.
Posted by Gabriel Chow at 23:31